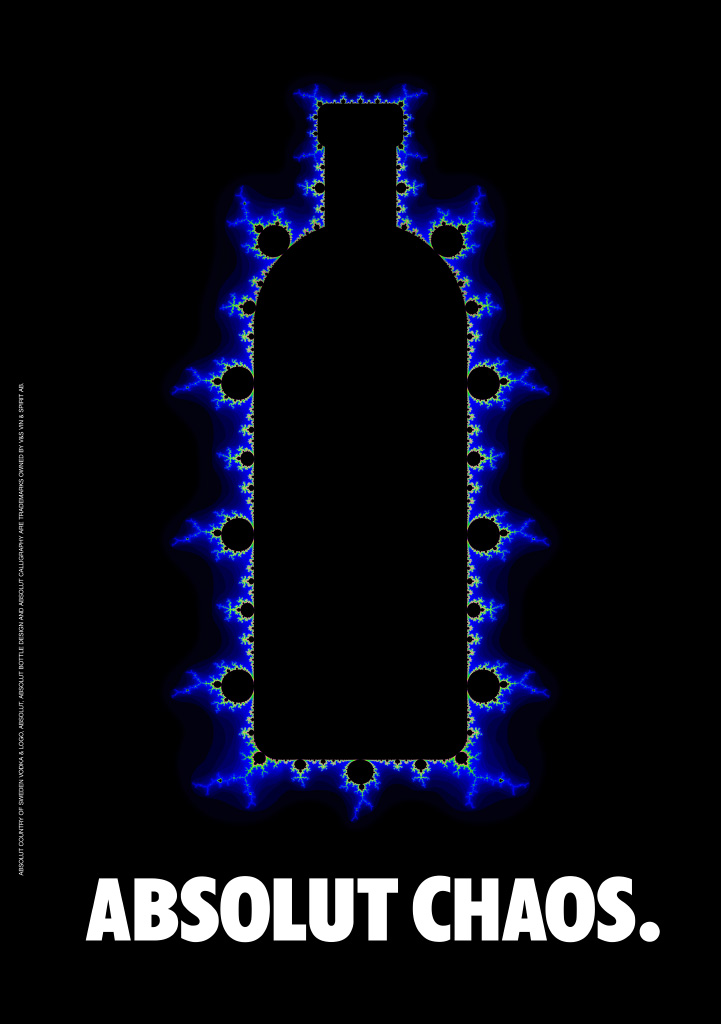 Advertising concept for Absolut vodka based on the Mandelbrot set.

This is one design that was conceived in a femtosecond, took forever to build, but came out exactly as I first intended.

Professor John Barrow used this image in his Michael Faraday Prize Lecture; "Every Picture Tells a Story" at the Royal Society in London in February 2009. 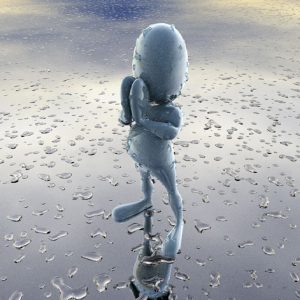