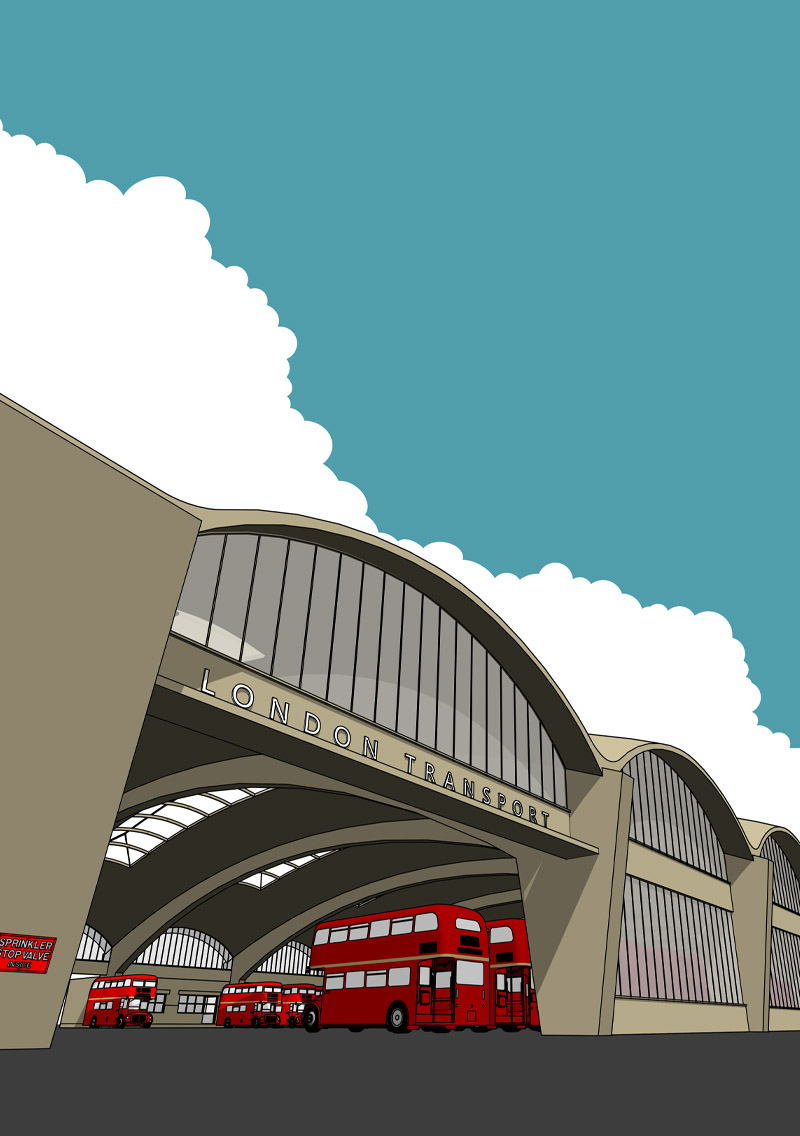 “New fares, please? Move on down the bus!“

Once described by the writer Will Self as "London's most important building", and a "temple of public transportation".

By the start of the 1950s, trams were being phased out and replaced by the bus. Many former tram sheds were converted for use by buses. The requirements of Stockwell, though, could not be met by the existing infrastructure.

Built on a former residential site cleared by the Blitz, the design of the building is a consequence of post-war steel shortages. Concrete was used over the usual steel girder structure that had been the typical convention. Consequently, the challenge offered an opportunity to create an ambitious reinforced concrete design.

Designed by Adie, Button and Partners, with Thomas Bilbow. Measuring 120 m (393 ft) long, the roof structure is supported by ten shallow "two-hinged" arched ribs. A 13 m (42 ft) gap between each pair of ribs is spanned by a cantilevered barrel vault topped by skylights. The result was the largest unsupported roof span in Europe at the time of its opening in 1952. The building offers 6,184 clear square metres of parking for up to 212 buses. If the drivers park considerately.

As with all buildings of this age, there has been significant modification over the years. I present the building here as it was when opened in 1952, slightly anachronistically populated with Routemaster buses from 1956. 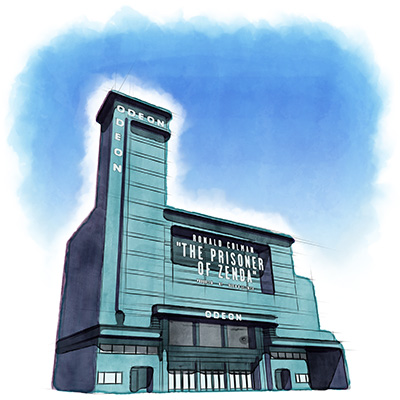